RoboCup is an international robotics competition which has been held for the first time in 1996. Since then, this robotic competition has taken place every year. The contest currently has six major competition domains and different roboCup soccer leagues. Each domain has a number of different leagues and sub leagues.

In the next section, we’ll take a look at different robocup soccer leagues:

One of the most important equipment which a middle size robot should have is an on-board computer. Moreover, each robot has some sensors in order to analyze the game situations. In order to self-localize and to detect the location of their teammate, opponents, and the ball they use omnidirectional cameras.

The middle size robots should be fully autonomous. Students are not allowed to interfere in games. Moreover, the goalkeeper of the middle size team can have a laser scanner or depth cameras.

In both team, the robots have inner-team communication through wireless LAN, so each robot player has some information about their teammates. In addition, they receive some referee commands too.

The ball used in the RoboCup middle size league must be FIFA approved. FIFA has tried hard to publish a set of rules in MSLs similar to human soccer rules about handling, tackling and controlling the ball.

Some rules of this robocup soccer league are as follows:

The Omni Directional Wheel which is a kind of wheel that can freely role in more than one direction, does not need to rotate first for moving from one point to another in a straight path.

One of the oldest robocup soccer leagues is small size robot league. In this league, there are two teams. Each team has 6 robot soccer players and the soccer game occurs in an indoor field with 6.05×4.05 meters and green carpet.

As we mentioned earlier, 3 or 4 omni directional wheels are used in middle size robots. Same thing applies to small size robots but just in small sizes.

There are two camera bars which placed above the soccer field in 4m height. A standard vision system (SSL-vision) is used in order to analyze these two camera data. Each robot gets its referee commands and the information about their teammate’s position through some on-field computers. All these communications are wireless. One of the most important rule that students who are designing small size robots, must consider, is that each small size robot must fit in a 180mm diameter circle with 150mm height.

RoboCup Junior league is a robocup soccer league with educational purposes. This league is specifically created for primary and secondary students and undergraduates who have not participated in senior leagues. The junior soccer league is based on education. It gives a chance to young students to involve in an international competition and helps them to experience cooperation, competition, teamwork and learn more about robotic fields such as electronics, hardware, µ and software.

A RoboCup junior team should have more than one member. So each soccer team should consist of at least two robots. In fact, a 2-on-2 soccer play is held in a landmark field in junior soccer leagues. The mobile robots are fully autonomous and play in a highly dynamic environment. The soccer ball used in this league is an infrared electronic ball.

There are two main leagues in the Robocup junior:

Some Rules of Robocup Junior League

Some rules of RoboCup junior league are as follows:

Now you have gained some insight into the 3 most popular robocup soccer leagues, you have to know, this is just the beginning of getting familiar with robotic competitions. 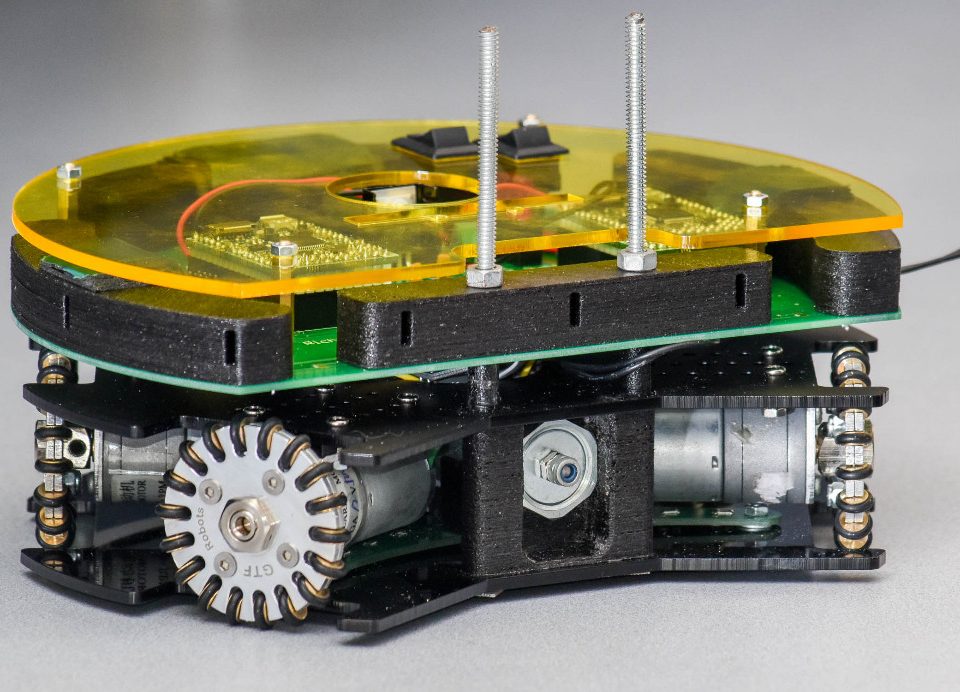