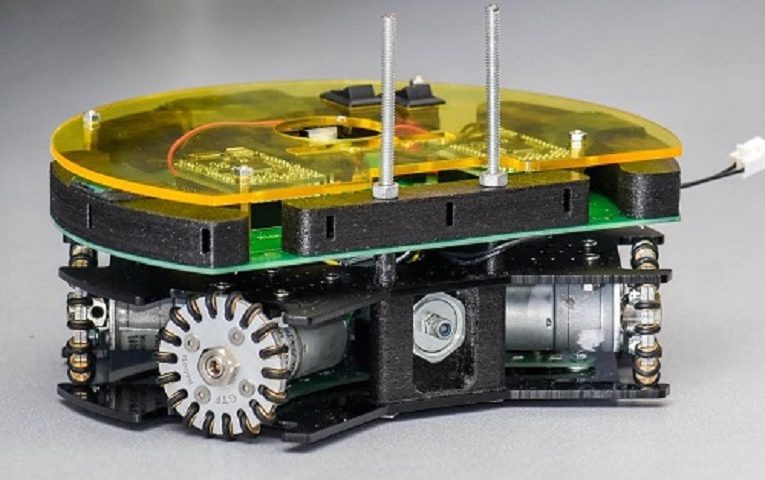 In this article we’re going to talk about what kinds systems are used in soccer robot kicking mechanism and how they work.

Robots are one of the wonders of our modern world. Every year many robots are created to make our life a bit easier. But one of the fascinating thing about robots is that they can also play soccer!

You may have watched many soccer match and hoping that your favorite team will win. But watching robots playing soccer is another joy. But if you’re interested in how these robots actually kick during the robot soccer competitions, keep reading.

What is the kicking mechanism of a soccer robot?

Every robot should have an actuator in order to move. Actuator is a system which let wheeled robots to move around and let legged robots to bend their joints. Since a soccer playing robot needs to kick like a human in order to play soccer, there should be a special actuator to make this happen.

So there are three actuator systems in a soccer playing robot, one of which is the kicking system. The two other systems are movement system, and dribbler system.

The movement system must perform the movements according to the commands which come from the processor, and the dribbling system must always keep the ball in front of the robot.

A robot kicker must kick the ball like a real player in order to start and play a game. In a real soccer match it is the leg which kicks the ball, but in a robot, kicking a ball is not that simple. In robot playing soccer, the kicking system kicks the ball as soon as a specific control command comes from processor of robot. This is exactly the soccer robot kicking mechanism.

Each team designs its own kicking mechanism but in general they can be divided into 3 main categories.

Like any other mechanisms, this one has its own pros and cons as well. Talking about the pros we can say that:

Some disadvantages of this system are:

The second system used in a soccer robot kicking mechanism, is pneumatic system. In the pneumatic system, the air is compressed in order to produce energy. So this system requires a huge air tank. This air tank needs to be recharged before competitions so the robot kicker can shoot.

Some disadvantages of this system are:

The third system which is used in kicking mechanism, is solenoid system. In this system, the Solenoids which are basically coils of wire, converts electricity to movement. The electricity must pass through them and create a magnetic field in order for a robot to kick. To have a stronger magnetic field you need to increase the number of cycles.

In the following chart, all advantages and disadvantages of the above mentioned systems are summarized:

After reading this article, now you have a great understanding of how soccer robot kicking mechanism work and what are the different types of them.